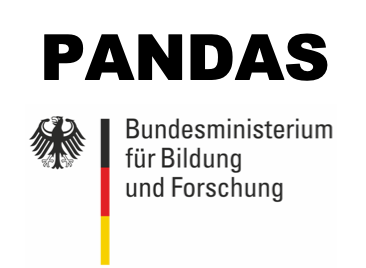 PANDAS - Programmable Appliance for Near-Data Processing Accelerated Storage. Even today, transporting data between mass storage and servers is proving more problematic for many big data / cloud applications bottleneck. In PANDAS, both the computing power and the energy efficiency of these demanding applications should be realized through the implementation a novel intelligent mass storage and the development optimized on it software be increased. The technological core is to designed and manufacture a cascadable PCI Express expansion card, having a variety of parallel flash memory banks as mass storage which in turn very quickly adapts to a modern reconfigurable Multi-processor system-on-chip (MPSoC). By the Use of Programmable Logic (FPGA) on the MPSoC High throughput, low latency data processing operations are achieved directly within the mass storage devices (so-called Near-Data Processing, NDP ). The PANDAS card, whose architecture is a unique feature can then be flexible to expand commercial server in Data centers are used. Since the PANDAS platform can be used for a wide variety of applications should, a number of software components will be developed. In particular middleware and Programming tool flows, with which new NDP applications can be created by developers without in-depth Knowledge of the hardware design.

DBTechNet is an initiative of European universities and IT-companies to set up a transnational collaboration scheme of higher level educational establishments, IT enterprises, and vocational training centres who will collaborate in order to achieve a three-fold goal, namely: